Faith in Action: Catholic Social Teaching on the Ground 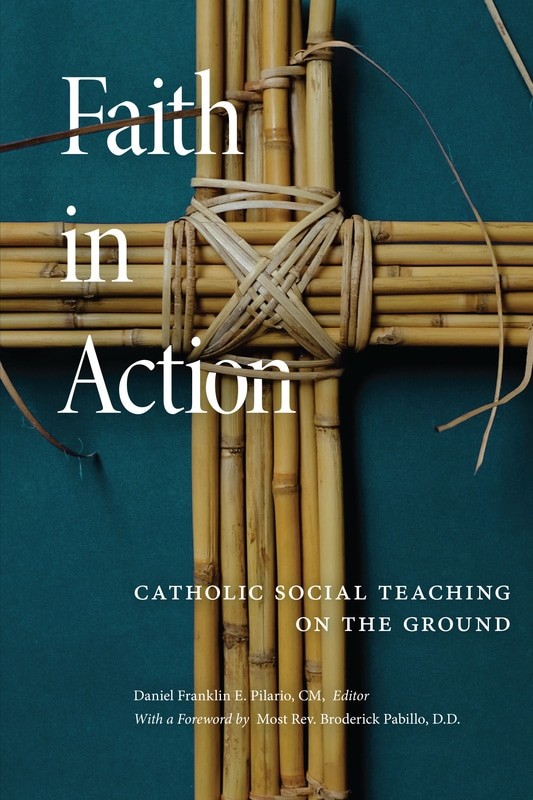 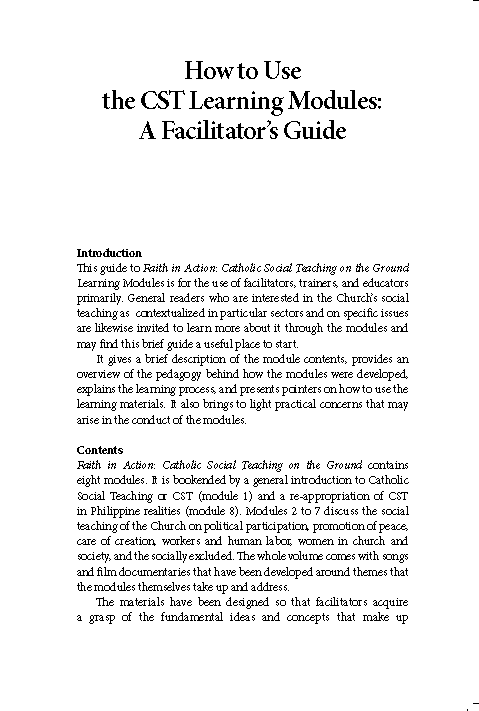 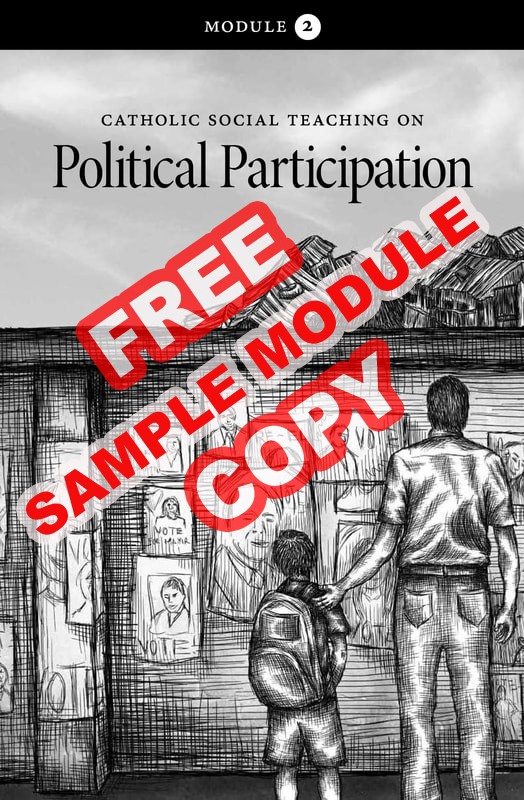 Faith in Action: Catholic Social Teaching on the Ground, a set of learning modules prepared by St. Vincent School of Theology, is a refreshing attempt to make this rich social tradition alive among nonspecialists, parish groups and grassroots communities. The methodology makes the otherwise technical language of the encyclicals learner friendly without diluting its message. Available in three languages so far (Cebuano, Tagalog and English), Faith in Action intends to reach more people in the tongue and idiom in which they are most at home.

As the general introduction presents the “see-judge-act” process as the spirituality of Catholic Social Teaching, the succeeding modules tackle the most relevant and urgent social concerns in our country in these times: political participation and corruption, promotion of peace in a culture of conflict and violence, the care of creation in the midst of environmental degradation, the value of workers and human labor in the age of globalization and contractualization, the place of women in the church and society, and solidarity with the socially excluded. The closing module on the re-appropriation of CST in the Philippine context as expressed in the pastoral directives of Catholic bishops through the decades culminating with PCP II is an original contribution to this long literature of Catholic social thought.

The great biblical tradition enjoins on all peoples the
duty to hear the voice of the poor. It bids us to break
the bonds of injustice and oppression which give rise
to glaring, and indeed, scandalous social inequalities.
Reforming the social structures which perpetuate
poverty and the exclusion of the poor first requires a
conversion of mind and heart (16 January 2015).​

How to Use the CST Learning Modules: A Facilitator's Guide